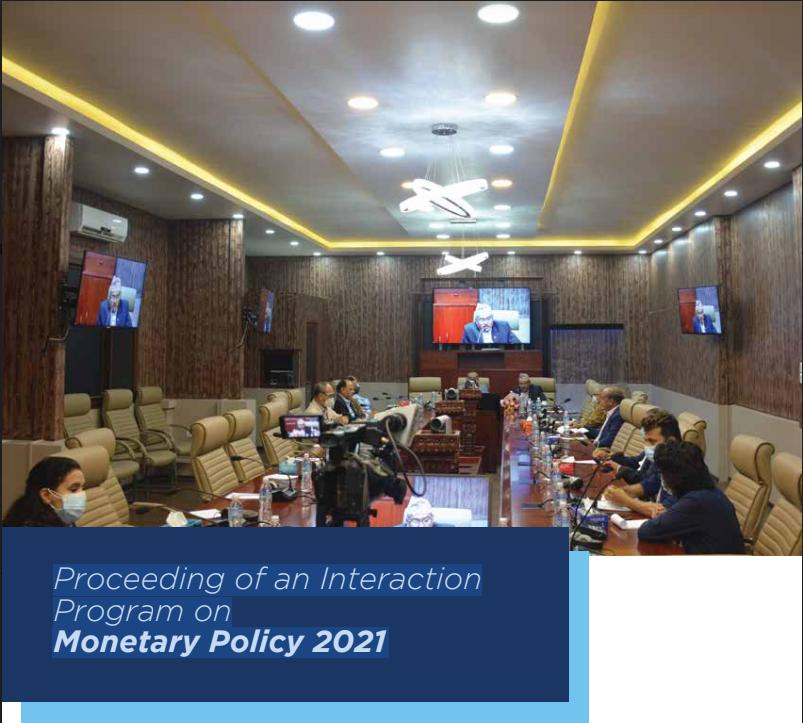 The policy aims at formulating monetary and foreign exchange policies, manage them in a bid to maintain price and balance of payments stability for the overall economic stability and sustainable economic development. Nepal Rastra Bank (NRB) has begun to give priority to the cottage and small industries, which contribute almost 22 percent of the country’s GDP and provides employment to almost 1.8 million people.

Monetary policy is an important policy of a country that is developed by comprises of managing the money supply and interest rates in order to achieve macroeconomic goals such as regulating inflation, consumption, growth, and liquidity. The significance of monetary policy is critical at this time, as Nepal's economy is struggling to recover from the impact of Covid-19. The following are the important highlights of Nepal's 2021 Monetary Policy.

- In the current Fiscal Year 2078/79, the refinancing policies implemented to revive the pandemic-affected industries/businesses have been maintained.

- The loan-to-capital deposit ratio has been increased from 85% to 90%.

- The existing credit resource mobilization ratio clause has been removed.

- The CCD ratio has been removed from the equation. Meanwhile, the permissible margin lending percentage has remained unchanged since the previous monetary policy.

- To avoid overexposure to capital market risks, a business or individual can only obtain margin loans from financial institutions worth a maximum of Rs. 4 crores and a total of Rs. 12 crores.

The following facilities have been added to the already-existing facilities, effective until Ashad 2079, to further facilitate merger and acquisition amongst commercial banks:

- Lending facilities for one year were added to predetermine sectors.

- A 0.5 percent reduction in the Cash Reserve Ratio (CRR) for the first year following the start of the joint operation.

- A 1% reduction in the statutory liquidity ratio for a year following the start of the joint operation.

- A 5% increase in the maximum deposit amount that a single financial institution can accept.

- Members of the bank's Board of Directors and higher officers are exempt from having to wait six months before joining another registered institution.

The Institute for Strategic and Socio-Economic Research (ISSR) in collaboration with the Nepal Economic Association (NEA) organized an interaction program on “Monetary Policy 2021” at the Pavilion Hall, Durbar Marg Kathmandu on August 17, 2021. The Governor of Nepal Rastra Bank, Mr. Maha Prasad Adhikari, delivered the Keynote Speech during the event. The program was also broadcast live on the Zoom web platform, where about 25 people participated. Economists, the Chairman of the Confederation of Banks and Financial Institutions Nepal, and representatives from the private sector umbrella institutions were among the participants.

The main goal of this program was to discover more about monetary policy and its role in the economic restructuring of Nepal after Covid-19. Similarly, this initiative worked as a platform through which the business community and economists could interact directly with the governor. The program was moderated by Gopal Prasad Tiwari, General Secretary of NEA. Khabarhub and Radio Candid provided media coverage for this event. The following are the remarks from the key participants.